Because, ever since that day, none of us had a future. The only thing we knew was that we would never amount to anything.“

END_OF_DOCUMENT_TOKEN_TO_BE_REPLACED

What separates a headcanon from a reading? Technically speaking, there’s little difference between the definitions of these two words. A headcanon is one’s imaginative interpretation of a work, one not confirmed by the text itself. A reading is an interpretation of a work, drawing upon the text itself but doing so with a particular lens or perspective. Yet, obviously, these two words do not have the same meaning in practice. What constitutes the difference between them, then, and is it a legitimate distinction in the first place?

END_OF_DOCUMENT_TOKEN_TO_BE_REPLACED

This post was written with this song in mind.

The extent to which Disco Elysium occupies my thoughts tends to correlate with how optimistic I am about the ongoing political situation. A month ago, when the largest uprising in decades was ongoing, it didn’t come up at all. Now, as the movement for black liberation has been recuperated by capital as far as is possible, and the communist horizon has once again passed into the distance, its melancholic portrayal of a world strangled by history resonates once more.

END_OF_DOCUMENT_TOKEN_TO_BE_REPLACED 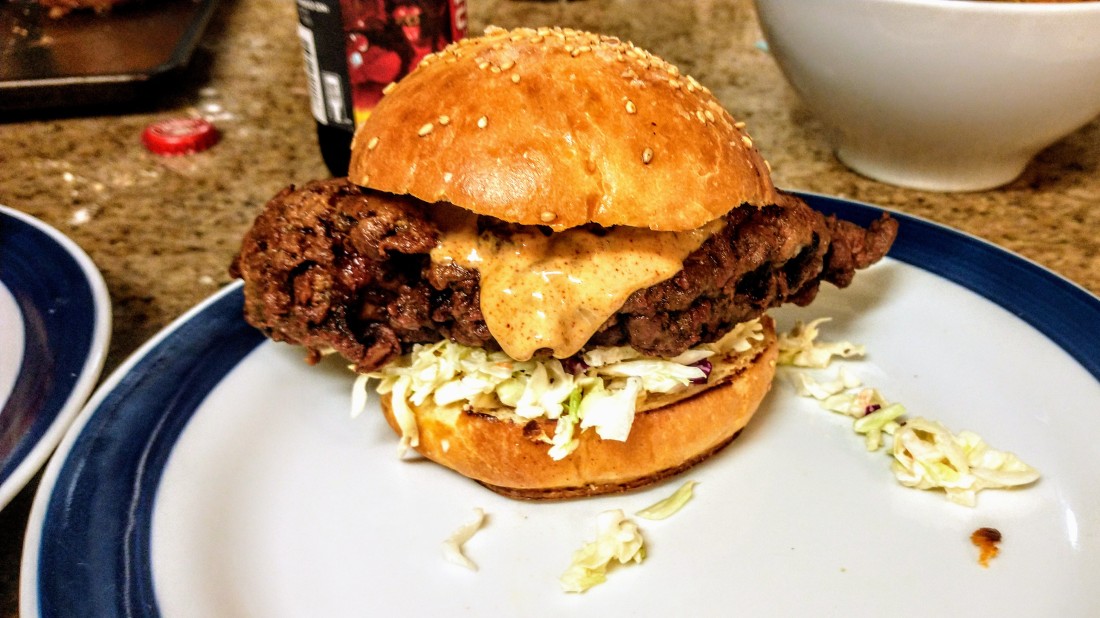 So, I’ve wanted to post recipes for dishes I’ve really worked out for quite some time now, and I figured what better way to do it than post it on Patreon! I don’t feel particularly bad about locking this off, because while I rate it rather highly, it isn’t something I think a ton of people need to see. Nevertheless, I put a lot work into getting this right, and I hope those of you interested look at it. While not a Southerner, I’m fairly confident in a number of my Southern dishes, and fried chicken probably tops that list.
I know it’s a bit annoying, but I’d like to explain how I developed this recipe before giving it, if only for credit’s sake. I’d like to say that it’s a variation on a family recipe, but while it is inspired but the way my Nana makes fried chicken, I’ve never made it with her. The biggest influence on this, in terms of technique, is J. Kenji Lopez-Alt, though this diverges quite a bit from his. Additionally, my spice mix is heavily inspired by, though not the same as, many popular ideas of KFC’s.
This recipe is a work-in-progress still, and almost certainly won’t be how I fry chicken a year from now. Still, it’s the result of over a dozen different attempts to get it right, and I think I’m pretty close. If anyone does decide to make this, please let me know. I’d be incredibly interested in hearing how it turns out.
You can find the recipe itself on Patreon, starting at $3. 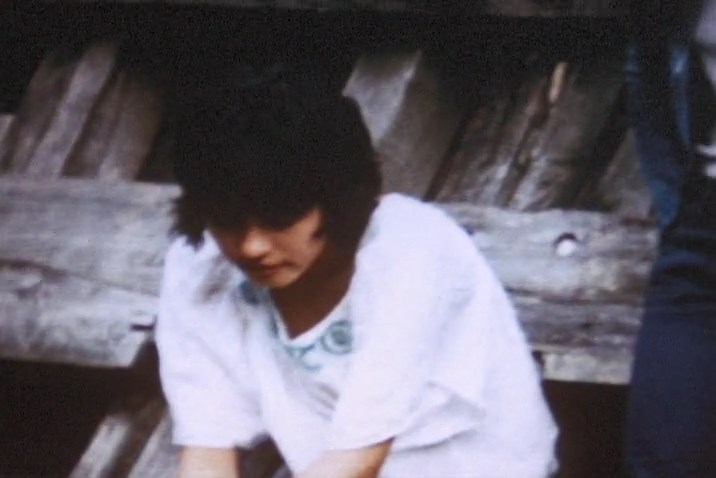 In Susumu Hani’s 1972 film, The Morning Schedule, a pair of friends ponder over the 8mm films created by their friend, Kusako, who recently committed suicide, as well as those they made themselves. While there is an overarching narrative to the film — focused on a man who Kusako had a brief relationship with — the center of the film is the 8mm films themselves. You see, rather than shoot them himself, Hani had the non-professional actors serve as the ones behind the camera. In effect, the characters and actors are merged by this, as their behavior in the amateur film is, while perhaps inflected by knowledge that it’ll be part of a full film, ultimately just an expression of their actual character as people. The result is a film that can’t be said to have just one director or cinematographer, but four or five, and one that takes up a documentary quality despite its fictional nature.

END_OF_DOCUMENT_TOKEN_TO_BE_REPLACED

Caught in the foggy terrain of a newly resurgent left, regaining prominence on the national stage after decades of repression and strategic failure, the socialists of our age are confused and lost. All those who are worth listening to recognize the importance of the past and the necessity of studying our forebears in earlier communist and liberatory movements, but what this means in the concrete situation varies. Some stick to aging tendencies reflecting the political priorities of a totally different geopolitical situation, acting as if Marxism-Leninism, Trotskyism, or Bordigist Left Communism are coherent politics after the disappearance of the USSR. Others, however, recognize the need to develop new tendencies for the current cycle of struggle, and some of this group turn to past thinkers whose ideas have faded into the abyss of time. Luxemburgists, Bukharinists, all of these make use of departed comrades to justify a new expression of the communist movement. While there’s some amount of disingenuity to all of these new ‘tendencies’ — divorced from current practice as they are, they can’t really be called such a thing — none are worse than Kautskyism, which has seen a revival over the last few years in the wake of DSA’s rapid growth and the Bernie Sanders campaign.

END_OF_DOCUMENT_TOKEN_TO_BE_REPLACED 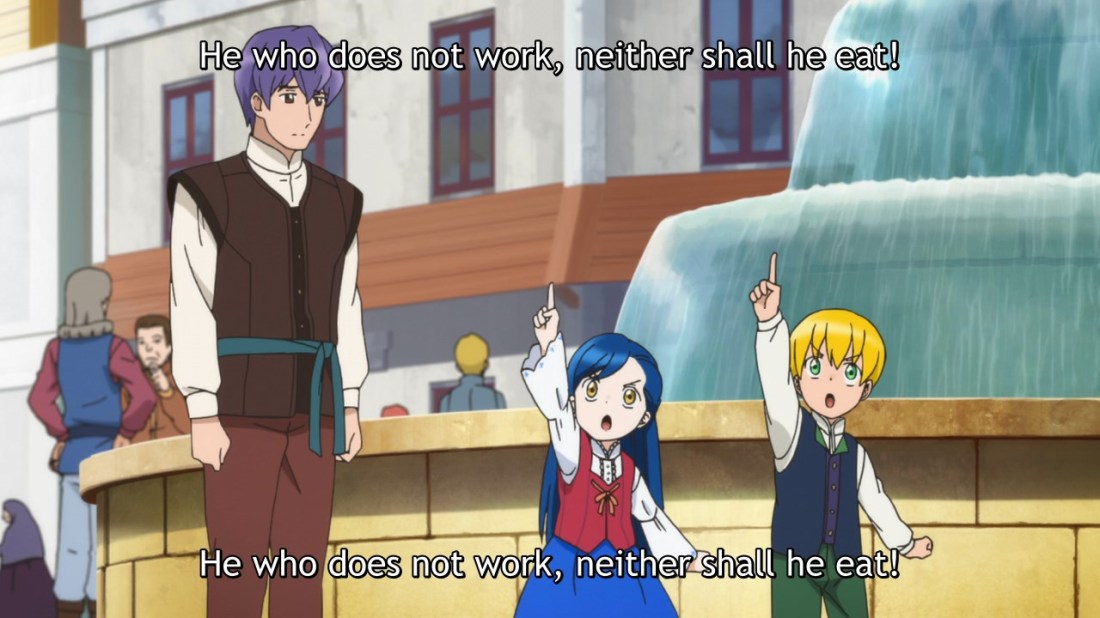 Ascendance of a Bookworm’s Myne really, really doesn’t like living in a ‘class society’, and this is something which, to put it lightly, has caught on with a significant number of leftist and left-leaning anime fans. In the show, after all, the hardships imposed on the lower classes by feudal society are constantly critiqued, and it’s difficult not to compare them to the forms that class oppression takes in our capitalist society. Yet, this is where the primary contradiction of the show emerges: when it compares its world to ours using Myne’s nature as an isekai protagonist, it almost exclusively notes the ways in which feudal society is dominated by class, implicitly claiming that our society isn’t. In one sense, then, Bookworm is a defense of capitalism, a trend which is quite common in isekai. At the same time, however, Bookworm isn’t made for a feudal audience but a capitalist one, and thus any critique of class society will necessarily serve as a critique of class under capitalism as well. Neither an analysis which views it as strictly anti-capitalist nor one which sees it as deeply pro-capitalism will provide an adequate picture of the series.

END_OF_DOCUMENT_TOKEN_TO_BE_REPLACED

It’s funny: in almost all of my time as a communist, two of my greatest idols have been Nat Turner and John Brown. It’s not strange for communists to look up to these two great men, of course, but they usually wouldn’t be the first picks. Of course, some of that is simply because both these men were fighting to free my ancestors, and white leftists don’t have that immediate personal connection to the cause of abolition. However, having now become a Christian, I’d like to think I was drawn to the spirituality of their cause as well. At least, I can say with confidence that Christianity would have nothing to offer me if they, alongside so many others, hadn’t risen up with God’s inspiration behind them.

END_OF_DOCUMENT_TOKEN_TO_BE_REPLACED

There’s a certain type of anime — and it’s not just anime, but that’s the easiest example for me to draw upon — that I feel like I love if only I had seen it as a teenager. Most recently, this came up with Boogiepop Phantom, which has fantastic directorial flair but little of value to say beyond “man, aren’t teenagers disaffected?” What I’m talking about here isn’t a guilty pleasure, not really. Guilty pleasures are trashy, but these works are anything but. While I’m hesitant to use the word, the specific phrase I’d use for these would be either ‘pretentious’ or ‘relatively vapid’. These sort of works appeal to a very particular feeling of adolescence, where you’re alienated from those around you and have only finally reached the level of maturity necessary to realize that the beautiful world you thought existed as a child was actually tainted to its core.