Caught in the foggy terrain of a newly resurgent left, regaining prominence on the national stage after decades of repression and strategic failure, the socialists of our age are confused and lost. All those who are worth listening to recognize the importance of the past and the necessity of studying our forebears in earlier communist and liberatory movements, but what this means in the concrete situation varies. Some stick to aging tendencies reflecting the political priorities of a totally different geopolitical situation, acting as if Marxism-Leninism, Trotskyism, or Bordigist Left Communism are coherent politics after the disappearance of the USSR. Others, however, recognize the need to develop new tendencies for the current cycle of struggle, and some of this group turn to past thinkers whose ideas have faded into the abyss of time. Luxemburgists, Bukharinists, all of these make use of departed comrades to justify a new expression of the communist movement. While there’s some amount of disingenuity to all of these new ‘tendencies’ — divorced from current practice as they are, they can’t really be called such a thing — none are worse than Kautskyism, which has seen a revival over the last few years in the wake of DSA’s rapid growth and the Bernie Sanders campaign.

For those not aware, Karl Kautsky was an early German Marxist, often seen as the primary theoretician of the SPD (German Social-Democratic Party). Kautsky held to his form of centrist Marxism, as opposed to the more radical Rosa Luxemburg and the outright reformist Eduard Bernstein. He spent decades as the intellectual leader of the Party, playing a role in the formation of the ‘Erfurt Program’, which in many ways defined social-democratic organizing from Marx’s death until the break between social democrats and communists after World War I.

After decades of seeming obscurity, with Kautsky’s name coming up more frequently in discussions of Lenin’s polemics against him than in his own work, his theory reemerged in 2019, at least in the cloistered world of online leftist publishing. This revival, which led to the so-called ‘Kautsky debate’, was chiefly over whether or not Kautsky had value to current socialists. For those in favor of Kautsky, his centrist Marxism offers a way to remain committed to the communist project while continuing to participate in electoral politics. As is claimed by this side, Kautsky’s conciliatory post-WWI politics have been unfairly used to denigrate his theory at all points in his life, when in fact he influenced all social democrats of the time, the Bolsheviks included. Those opposed to his posthumous redemption, on the other hand, claim that his opportunist post-1910 ideas can’t be divorced from his earlier politics, and note that Lenin and crew eventually made a major break even from the Erfurt Program. 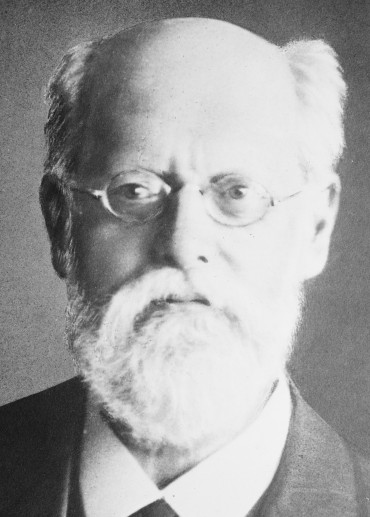 While I have an opinion on this debate (Kautsky is not particularly useful to the present-day communist), this article isn’t meant to be a rehash of a discussion that largely died down a year ago. Rather, what I mean to critique here is certain tendencies in the current left that lead to this attempted rehabilitation in the first place. Modern Kautskyites, where they exist, can primarily be found in the center and right wings of the DSA, those which are represented by publications like Jacobin, the staging ground for much of the Kautsky debates. Jacobin’s editor-in-chief Bhaskar Sunkara, for instance, once declared that in the debate between Eduard Bernstein’s opportunist reformism, and Rosa Luxemburg’s staunch revolutionary Marxism, he would come down on the side of Kautsky. It would be easy enough to end this article with a link to his NYT piece in which he implicitly recommends voting for Biden to see where this Kautskyism leads.

In truth, then, while the Jacobin articles on the Kautsky debate are explicitly about the man’s legacy, they’re really about something else. Kautsky serves as a representative of historical Marxism that’s not tainted by the proximity to actual power that the Bolsheviks experienced. Many Kautksy defenders, such as Lars Lih, argue that Lenin took more from him than anyone else, and there’s a degree of truth to this, but there’s a contradiction at play in defending Kautsky via Lenin. For those who wish to defend a heavily electoral view of Marxism, Lenin simply doesn’t suffice and will ultimately be rejected. Kautsky, for all his faults, deserves some legitimate credit as a notable theorist, and thus his justification of whatever plan the bordering on social democratic left wants to pursue is useful. Supporting Bernie Sanders is obviously not something Lenin would ever do, so instead someone like Kautsky must be grasped as a cipher for legitimating the center and right wings of the DSA as serious Marxist institutions despite their disagreement with those to their left. It’s often lost on this group that even Kautsky himself insisted strongly on the necessity of the independent working-class party.

Having read Lars Lih’s book on Lenin, Lenin Rediscovered, it seems clear that virtually all Marxists of the Second International Period did learn quite a bit from Kautsky. To write Kautsky off as entirely useless and as nothing more than his worst traits would be absurd. Yet, given the path of the later SPD — which Kautsky remained a member of well after their violent and disastrous opposition to the Spartacists and KPD — it’s practically anti-Marxist to uphold his path over that of the Bolsheviks and others who abandoned social democracy during and after World War I. If Lenin learned as much from Kautsky as is claimed, then why choose Kautsky to rally around in the first place? Those peddling this line rarely have an answer to this other than complaints about the infeasibility of revolution in the modern world.

This, however, only addresses a certain issue with Kautsky revivalism. Perhaps the larger problem is the theme of the “Marxist centre,” elaborated upon in this piece published in Cosmonaut. In it, Jacob Richter argues that “The best of Kautsky the Marxist is not enough, not because it is not left enough but because its revolutionary centrism is not developed enough.” In other words, it’s not revolutionary centrism that’s wrong, but blindly following Kautsky’s proposals. As a result, he argues for a system in which socialists aim not to win a majority in bourgeois parliaments, as socialist parties should be parties of the “socioeconomic class dependent on the wage fund” and this does not always constitute a majority, certainly not a winnable one. Instead, he proposes that socialists capture the balance of power and use this to force through their demands.

The fact that this policy is still electoral at its core cannot be lost. Few of the issues with classic electoralism are abolished in this system, and in practical terms it still involves running in elections with the intent to win them. Much like the classic Trotskyist proposition of the United Front against the Comintern’s Popular Front, these distinctions are almost entirely theoretical and lead to the same result in practice. Furthermore, Richter’s excessive focus on the “socioeconomic class dependent on the wage fund” highlights another issue in trawling through Second International era theorists in search of theoretical justification: it erases the changes in political economy over the last century. Kautsky, alongside Lenin and other communists, was wrong in thinking that society was on a path towards converting the vast majority of its members into industrial workers. The proletariat of the present is marked by a rapidly ballooning surplus population which can’t possibly be contained in the terms used here. This isn’t a simple quibble over terms: Richter claims that “the various non-worker classes other than capitalists number as much as a third of the population” even in developed nations, and presumably more in non-developed ones. For this to be true, a great number of proletarians have to be consigned to some other class, falling prey to the same anti-lumpen ideology which has greatly damaged historical communist movements and is even more dangerous as industrial labor continues its terminal decline. The forms of struggle over the last fifty years should shatter all faith in exclusively labor-focused politics.

Revolutionary centrism, in the end, is a history of failure. It would be easy to point out the ways in which Stalin and Mao’s attempts to pave a centrist path on the issues in their own countries ended up leading to disaster (see Meisner’s Mao’s China and After for the latter), but it’s far simpler to point out that reifying the left-right axis in this way is fundamentally wrong. For any 21st-century communist, it should be clear that the left, center, and right of the communist movement — however you want to define those — have made important theoretical contributions over the decades. Tacking to Kautsky and other “centrist” theorists threatens to reproduce their problems by fetishizing their project rather than to create new solutions. After all, revolutionary centrism utterly failed to bring about a dictatorship of the proletariat, let alone socialism. Even in Richter’s admittedly more interesting defense of Kautsky’s legacy and general approach, it ultimately serves as a way to justify current electoralist trends and dangerous workerism by using historical theorists.

Of course, every tendency of the 20th-century failed. While momentary and informative successes were widely present, none were able to achieve the actual goal of Marxist praxis: the establishment of a communist society. The rise of living standards in the USSR is nice, but it’s inarguably a failure relative to the goal of the millions of workers who fought and died for communism. It behooves us, then, to study these many failures and develop new tendencies out of them, ones tied to our current period of struggle. In ways, these will borrow from the theories of the 20th-century, and in ways they will depart and work with new insight. It was through proximity to clear and specific situations that yesteryear’s theories were built, and it’s in today’s that new ones will be conceived. Go ahead, read Kautsky, and Lenin, and Mao, and Trotsky, and Bordiga, and Dauve, and anyone else you like. But please, for the love of God, don’t call yourself a Kautskyist, and don’t plumb the depth of Marxist failures so that you can justify your support of Bernie Sanders.