In Susumu Hani’s 1972 film, The Morning Schedule, a pair of friends ponder over the 8mm films created by their friend, Kusako, who recently committed suicide, as well as those they made themselves. While there is an overarching narrative to the film — focused on a man who Kusako had a brief relationship with — the center of the film is the 8mm films themselves. You see, rather than shoot them himself, Hani had the non-professional actors serve as the ones behind the camera. In effect, the characters and actors are merged by this, as their behavior in the amateur film is, while perhaps inflected by knowledge that it’ll be part of a full film, ultimately just an expression of their actual character as people. The result is a film that can’t be said to have just one director or cinematographer, but four or five, and one that takes up a documentary quality despite its fictional nature. 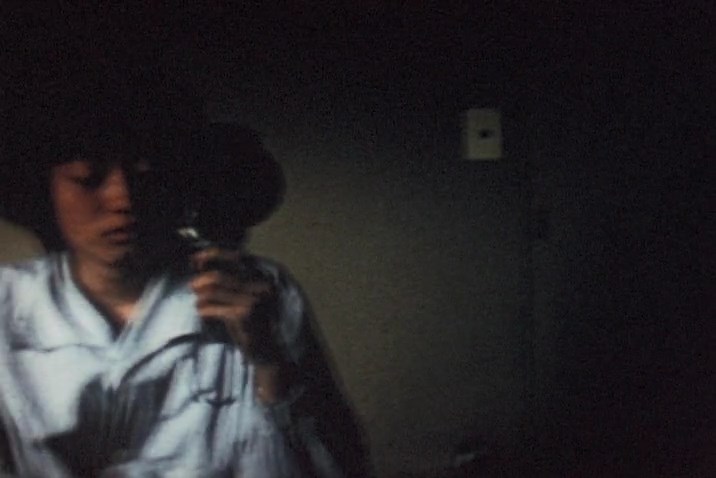 The primary effect of this is one of extreme transience. The scenes with Kusako, of course, show this to the greatest extent, given their status as records of her now departed life. Nevertheless, even those without her are clearly shown to embody specific moods, tones, and points of time that can never be returned to. There’s a deep wistfulness to the film, to be sure, and as with most New Wave films, its depiction of the adolescent subject is one which bears a great deal of pain. Yet, transience here can not be said to be an exclusively negative thing. Kusako is remembered through the films she made, and the pair of friends attempt to complete her last work in honor of her. Life itself is as transient as the films made during it, after all. 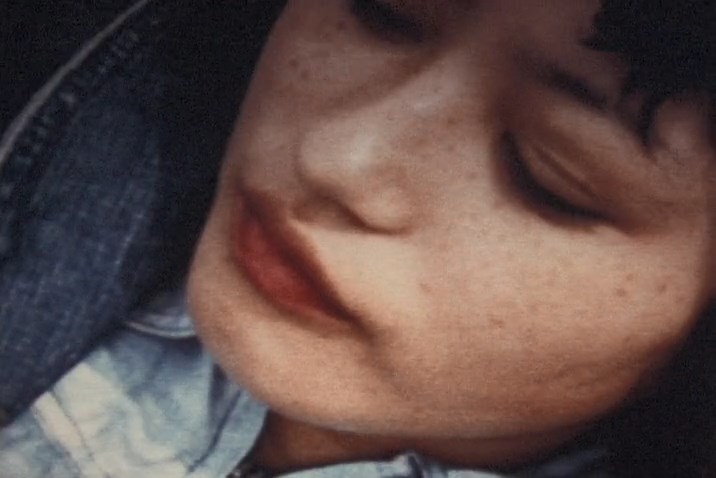 Those versed in Japanese art might see signs of mono no aware in this description of The Morning Schedule, and you’d hardly be wrong to do so. Nevertheless, the film doesn’t seem to be drawing so much on that traditional aesthetic, in the way an iyashikei series might, but rather is commenting on familiar themes of modernity, albeit with a bit of a local twist. As someone who rarely takes photos of myself, for an assorted number of reasons, I often question whether or not I’m leaving enough of myself behind. I’ll die someday, and when I do I’d like to leave something beyond memories of myself in this world, whether or not I’ve made an impact. What makes this desire uniquely modern is that, barring the absolute elite, most in the past had no hope of leaving anything but memories behind. Even today, though, the majority of people can never dream of changing the lives of anyone but those around them, and this film recognizes that in focusing on the 8mm film. Kusako’s impact is chiefly on her two friends, and it’s the activity they shared with one another which survives her death. 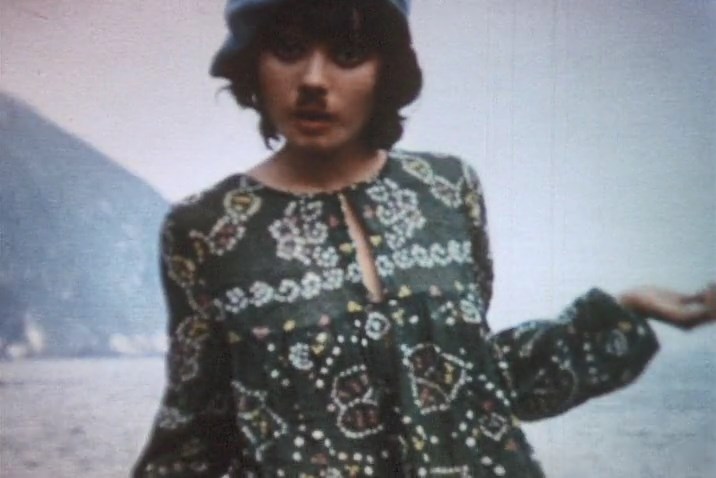 There’s a certain teleological view of activities which is all too common: if they don’t achieve a specific desirable end, they’re seen as worthless. In the film, one of the characters is asked by a coworker why he’s saving up to buy a new camera when 8mm film isn’t going to get you anywhere. His only response is that it’s the only pleasure he has left. Now, obviously, having one hobby as your only passion in life is not a good thing, but it does break the view of filmmaking as intended towards the end of professional film. He has no interest in becoming a professional filmmaker because filming what you like has value in itself. In modernity, where hobbies and entertainment are increasingly commodified and driven towards having some productive value, this is a worthwhile approach to take. Kusako’s films are proof of this, as their value to the pair exists outside any monetary value or goal of professional filmmaking. The joy she readily exhibits while creating this films is itself the value at hand, and if all joys are transient, then there’s no harm in basking in those that make it more obvious. 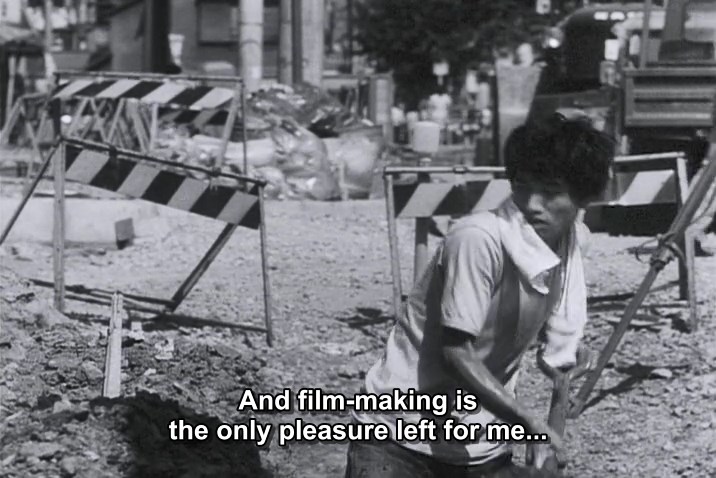 Yet, Hani was himself a professional filmmaker, though his position within the often extremely detached world of Japanese New Wave kept him somewhat separate from the usual connotations of that phrase. Hani did make movies in order to make money, and that should cause a clash with the idea of filmmaking as pure hobby. Yet it doesn’t, and this is precisely because the actors themselves film so much of the movie. While they were (hopefully) paid for their work, they’re not professionals, and clearly were not trained or practiced filmmakers in any sense. This makes the 8mm used in the film genuine, yes, but in doing so it makes the whole theme genuine. It would merely be overwrought thematics to simply state that our hobbies, made for no cause other than to make ourselves happy and to connect to one another, can truly be valuable in themselves. This has to be shown, and the experimental approach used by Hani means that this occurs. The actress who plays Kusako seems to enjoy making the films just as much as Kusako herself, and in this the transient life she lived is legitimated. The Morning Schedule is a slower, more down-to-earth film than his earlier Nanami: The Inferno of Love, but in capturing the transience of modern media as a conduit for joy in spite of impermanence, it achieves something that no other film I’ve ever seen has done. 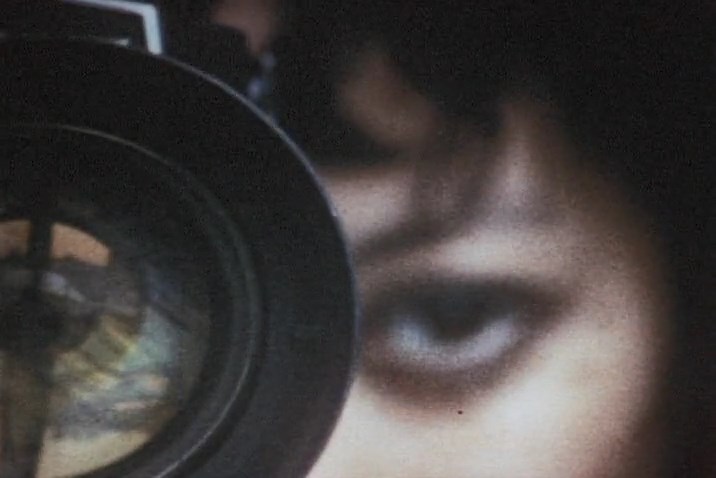 Thanks as always to my patrons for making this post possible.